Andaman & Nicobar is a cluster of beautiful islands located right in the center of the Indian Ocean’s trade traffic. It is rather unfortunate that Indians themselves prefer going to Maldives and not Andaman Nicobar. The Indian Government must invest and invite businesses to set up tourist infrastructure over these islands. It would become the best and more vibrant tourist spot in the region! The islands are an extension of the Indonesian archipelago.

The Islands hold a strategic position overlooking the Malacca strait which is the busiest trade route in the world. Port Blair, the capital of the UT is the only Tri Services Command of the Indian armed forces. The historicity of these islands goes back to the middle ages when the region used to be a busy trading point between Cholas of South India and Srivijayas of the Indonesian Archipelago. The Islands were also described by Fa Sien, a Chinese traveler who came to India in learn Buddhism.

A very novel thing about Andaman Nicobar is that it is home to the world last tribe that hasn’t been interacting with civilizations outside its territory. That’s right, the North Sentinelese Tribes! They are hunter gatherers having violent behavior towards any outsiders. In 2018, there was an uproar by the western Christian organizations when a Christian missionary who illegally entered the North Sentinel Island to convert the community got murdered by them.

Apart from having relics of the past like the Sentinelese, Andaman Nicobar Islands have beautiful beaches. The serenity of the beaches is also studded with marine biological artefacts from thousands of years ago, that add to its serenity. But why is it that these islands haven’t become every beach goer’s sensation?

By 2022, Andaman Nicobar island’s tourism industry is supposed to be accommodating 4,46,000 tourists. Tourism number in the region are as follows

Why is Andaman Nicobar not gaining prominence in the region where almost all other countries are doing so well? It is only because the Indian government isn’t viewing it as a tourist destination as vigorously as it potentially could have been. Improving the infrastructure of the islands by connecting it better with the mainland will go a long way to help grow the prosperity of the Andaman and Nicobar Islands. A boost in tourism will also mean an economic boost that improves the livelihood of the natives of the Island.

The Potential of Andaman Nicobar

The Union territory has a lot of potential for aggressive expansion tourism. Diverting the tourist traffic from Sri Lanka and Maldives into A&N will definitely give Dubai a run for its money! 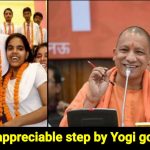 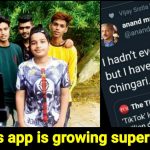