Mahesh Bhatt is a renowned director who needs no introduction in the Bollywood industry. Many super hit films have been directed by him. It is said that filmmaker Mahesh Bhatt’s life has been full of controversy.

Today we are going to tell you about one such controversy related to Mahesh Bhatt, about which you probably will not know. There has been a lot of speculation about his relationship with his own daughter. He was ready to marry his daughter. Yes you heard it right.

It is highly disputable, one may claim that Mahesh Bhatt has been in an incest relationship with his daughter Pooja Bhatt for more than a decade while others may claim them to be normal, over-loving daughter and father!

A magazine cover featured a picture of Mahesh Bhatt and his elder daughter Pooja Bhatt went viral like wildfire at that time. In which he was seen lip-locking with his daughter. Following this, controversy erupted across the country over the relationship between father and daughter.

You will be shocked to know what filmmaker Mahesh Bhatt said about her daughter. He said that if Pooja Bhatt was not her daughter, he would have married her. Shocked right?

The headline on the Filmfare magazine said, “If Pooja wasn’t my daughter, I’d have loved to marry her.” However, filmmaker Mahesh Bhatt refuted all allegations levelled against him and he called a press conference to end the controversy. But he added fuel to the controversy by stating that if Pooja Bhatt had not been my daughter, I would have married her. 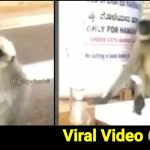 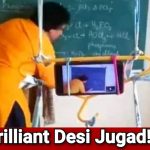