India is the land which gave birth to many brilliant brains, who served not just India but the whole human race across the globe. Once Albert Einstein said that everyone should feel indebted to the Indians for they taught us counting beyond 9, as India discovered 0 (zero). In fact, even computers run on binary numbers- 0 and 1. Needless to say, the world wouldn’t have computers or smartphones, had zero not be dug out.

India was rich in science and technology thousands of years ago. Even in modern times, Indians are holding higher posts at most of the global companies. Chief Executive Officers (CEOs) of Google, Microsoft etc. are some examples. We mourn the ill fortune of India that we lag behind global communities in all arenas. We simply put the blame on the government, shrugging off our own responsibility as a citizen. But the question is that what we can do to bring a difference in this country?

The fate of the country can be turned around when everyone plays their part. We as citizens celebrate when our cricket team wins a match and we get excited when our movie actors come to visit the town. Some of us extend our area of interest to politics and cheer the victory of the politicians we are already aligned with. Sadly, we never go beyond these realms.

Athletes who are working really hard round the clock and win us a medal, deserve loads of appreciations, nevertheless, they never receive praises from us. And neither do achievers from other fields in India.

Behind every successful person, there is an intriguing story to tell. Suresh Vazirani’s story is one that needs to be told to give a ray of hope for the ones who want to stand on their own.

Suresh Vazirani was just 21 years old when he gave up corporate career only to work for social causes inspired by the Sarvodaya Movement. The movement contained the collective efforts of Mahatma Gandhi’s followers who worked hard to create a democratic society. Suresh was also associated with Navnirman Andolan, a 1974 socio-political movement that was started in Gujarat which fought against economic crisis and infamous corruption.

One day, an incident at a hospital changed Suresh’s life and it inspired him to become a healthcare entrepreneur. Navnirman Andolan’s Bihar leader Jayaprakash Narayan suffered kidney failure, and he was rushed to a hospital. Suresh tells SMBStory: “At the hospital, the imported dialysis machine broke down and the service engineer was unavailable. Since I was a graduate in electrical engineering, I worked on the machine and made it functional at the right moment.”

This particular incident made him realise the lives lost each day due to a lack of technical service for medical devices. He also felt the creation of an affordable and easily-accessible medical technology provider was mandatory. “The creation of such an organisation was more of a clarion call for service to society rather than the object of a business enterprise. I was already 29, and looking at something to devote my life to, I developed a conviction of improving the healthcare in India thus started Transasia Biomedicals in Mumbai in 1979,” he added.

Suresh added that he started In Vitro Diagnostics (IVD) company Transasia with just Rs 250 from his own pocket and Rs 1 lakh which he borrowed from a friend. All those important funds went into starting operations as the distributor for a Japanese-automated cell counter machines.

In the early 1990s, Suresh set up his own Research and Development and production facilities to manufacture medical equipment like blood analysers. Over the years, Transasia has evolved into a Rs 1,000 crore company. The company offers products and solutions in the fields of biochemistry, haematology, coagulation, ESR, immunology, urinalysis, critical care, diabetes management, microbiology and molecular diagnostics.

“One test is conducted on a Transasia device every two seconds. Every year, more than 150 crore blood tests are done on our equipment,” Suresh adds. 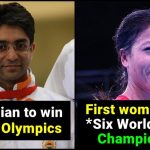