The whole world is in a state of shock after the novel coronavirus pandemic impacted lakhs of people’s lives. So far, 9000 people have passed away linked to coronavirus and over 2 lakh people were affected by the virus infection. Thankfully, over 90,000 people have recovered from the deadly outbreak.

It has been learnt that the coronavirus pandemic has claimed the lives of at least 3,158 people in China alone and 4,325 worldwide, as per the experts. Even as China is finding it tough to bring widespread infectious disease under control, several countries across the world are reporting cases of coronavirus. People lost their loved ones to the deadly disease which originated in Wuhan, China.

Meanwhile, in India, 250 confirmed coronavirus cases have been reported.

Amid the fast-spreading coronavirus fears, the Six-time world boxing champion & Rajya Sabha MP MC Mary Kom, who returned from Amman, Jordan on March 13 broke her quarantine as she attended the breakfast which was hosted by the President of India along with other MPs from Rajasthan and Uttar Pradesh on March 18.

Mary Kom had returned from the Asian Olympic Qualifiers in Jordan where she booked herself a second Olympic berth. According to the directives issued by the Health Ministry and the External Affairs Ministry (EAM), any person travelling from countries on which travel restrictions have been imposed have been mandated to quarantine themselves for as many as 14 days upon their return.

Nonetheless, Mary Kom attended the breakfast at President Kovind’s residence on March 18, along with other Members of Parliament (MPs) from Rajasthan and Uttar Pradesh. Pictures which were uploaded on the President’s social media handles have confirmed that Mary Kom was a part of the breakfast hosted.

Mary Kom’s case comes to light after a BJP MP went into quarantine after attending a party with Bollywood singer Kanika Kapoor, send fears into the parliament as those members who came in contact with the MP announced that they were in self-isolation, fearing the spread of novel coronavirus pandemic.

As per media reports, Mary Kom said she was doing exercises and taking care of fitness and playing with her children after being away from them for almost a month.

Chairing an important meeting at his official residence on Friday evening, Uttar Pradesh Chief Minister Yogi Adityanath had asked officials to file an FIR against Bollywood singer Kanika Kapoor for putting the public in danger.

As per the official sources, the Chief Minister has given the nod for the FIR.

Sources in the know of developments said that Kanika, who was tested positive for the novel coronavirus pandemic on Friday stayed in room no 602 of Hotel Taj, which has now been shut down for two days. Meanwhile, officials are now scanning the CCTV footage of the hotel in order to see the movement of the singer.

“The FIR will be lodged against her because she came from London and was aware of the corona safety protocols. She apparently did not get tested at the airport and even though she was developing symptoms, she freely attended parties and mingled with a large number of people,” a senior police official added.

Incidentally, Uttar Pradesh Health Minister Jai Pratap Singh was also present at the high-level meeting despite having announced that he was in self-isolation because he had earlier attended the party, hosted by Akbar Ahmad Dumpy, where Kanika Kapoor was also present.

It is to be noted that the minister had sent his samples for corona tests on Friday afternoon.

A team of health officials visited the residence of Lokayukta, Sanjay Mishra who also hosted a party that was attended by the singer. The health officials asked Mishra and his family to self-quarantine themselves and notified them of safety protocols.

It should be noted that Independent legislator and former minister Raghuraj Pratap Singh has also self-quarantined himself. Raja Bhaiyya did not attend the party which was hosted by former MP Dumpy but visited the latter’s residence on that particular day.

Meanwhile, Noida MLA identified as Pankaj Singh marked his presence at a recent meeting along with Health Minister Jai Pratap Singh on Thursday. He is now gone into self-quarantine with three other legislators. 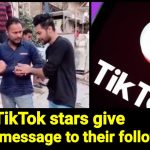