Ritesh Agarwal started his business venture from scratch at the age of 17 and he applied both inputs of hard work and smart work. Eventually, all his experimentations bore fruit. Yes, at an age where people are still searching for jobs, the 25-year-old Agarwal is now the youngest self-made Indian entrepreneur under 40 with a staggering net worth.

Now let’s learn about how Ritesh Agarwal touched the pinnacle of success. For uninitiated, Ritesh is the founder and CEO (Global) of OYO Hotels & Homes, a network of 18,000+ hotels functioning in 500+ cities across the nation with Net Realised Value of $1.8 billion (as of Dec 2018) and 20,000+ workers globally.

It has raised over $1.5 billion of funding in 5 rounds from many big investors. OYO has carved out a reputation for itself as a global brand as it has over 35,000 hotels and 125,000 vacation homes with over 1.2 million rooms spread across 800 cities in 80 nations.

Agarwal has won numerous awards and accolades for his work including the Business World Young Entrepreneur Award. The young man is a regular speaker at entrepreneurial conferences and institutes across the country and the world.

He is also the first resident Asian to be awarded the Thiel Fellowship. How many of you all know that a few years ago, he used to sell SIM cards in a small town in Odisha.

Ritesh is a dropout, which made him eligible for the Peter Thiel fellowship for $100,000.

In an interview in 2015, he said, “You know what OYO’s abbreviated form is? ‘OnYour Own’ and it was because I couldn’t have the remote control at relatives’ homes (that I thought of starting OYO Rooms). The relatives would want to watch soap operas and I wanted to watch Cartoon Network.”

Coming from a business family, he moved to the national capital in 2011 to kick-start his entrepreneurial journey after deciding to skip engineering college entrance exams.

For a short period, he had enrolled himself in University of London’s India campus, however, he dropped out. It was when he founded Oravel Stays. He got in touch with accelerator Venture Nursery, jetted off to Mumbai and got seed funding of Rs 30 lakh after a three-month programme.

He became the first Indian to be selected for Thiel Fellowship, where he was given $100,000 grant by early Facebook investor and PayPal co-founder Peter Thiel. This fellowship is given to budding entrepreneurs below 20 years of age who skip college for 2 years in order to start their own business ventures.

Despite the fact that his company had made it a tremendous success, Agarwal was the only dropout leading a team of 10-20 people from IIMs, more than 200 people from IITs, HBS and Ivy leagues.

“It’s funny, in India, I haven’t come across any dropouts who are smart and high quality. Hopefully, in the next few years, we will have more high-quality dropouts. When I go to colleges for talks, I encourage the students to drop out,” he said.

He has also mentioned earlier that he draws inspiration from Bill Gates, who is also a fellow college dropout. “I started Oyo right out of my high school, with limited resources. I raised my first round of capital divesting double-digit ownership while raising $40,000.

Ever since I have been thinking whether there is a way to double down on my belief in a company which is such an important part of my life.” 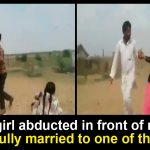