33-year-old farmer Mahesh Karmali, a resident of Uncha Ghana village in Vishnughar, Hazaribagh set an example in the society that with only a little knowledge he can make a ground-breaking invention. In fact, he is class 6 dropout.

Yes, you read it right! Karmali designed a low-cost machine from scooter scraps for his farms. He used to work in a Bajaj Auto Showroom in Pune, Maharashtra, till January, this year. An unexpected confrontation with some financial crisis made him use engine and scraps of an old scooter in order to design a tractor to plough his field.

His mini tractor uses 10 times less power than that of an advanced tractor. The mini tractor which comes with an affordable price of Rs 12,000 serves as a good alternative for the farmers who do not have the financial means to buy a tractor.

“When I returned home, I was informed by my brother that he had sold our oxen, and was taking help from our family members to plough the farm. The news shocked me as I had bought both the oxen, but my brother had not informed me before selling them,” Karmali told eNewsroom.

The farmer owns 12-kattah land on which paddy farming is processed every monsoon season.

“With no oxen to plough our farm, I have decided to build a machine which could help me do farming. I bought the scraps of Bajaj Chetak scooter for Rs 4251. Following which I toiled for three consecutive days and night, without adequate sleeping to design this machine, which I have named Power Tiller,” he informed.

According to Karmali, the regular tractor used by farmers to plough fields consumes more petrol than the machine designed by him.

When asked whether the engine of any two-wheeler could be used to make Power Tiller? He said “No, only those engines, which have a fan can be used for it. Most bikes do not have a fan. But yes, if a fan can be added to it, then Power Tiller can be made from such bike engines too.”

Karmali also said that he can develop even a bigger and better Power Tiller by which can be effectively used to plough a bigger area with relative ease.

“As of now I have made a machine which helps me in my farming work, and now I do not need an ox for farming. However, given the dynamics of the present design, one has to walk along with the machine when the farm is being ploughed. But I can develop a system where one can sit on the vehicle while the farm is being ploughed. Just like in tractors. The same design with some innovation can also be used for harvesting crops and suppressing grass,” he pointed out.

“So far people from neighbouring areas have visited and praised it a lot, but no financial support has been promised to me so that I can further develop it for the betterment of other farmers,” he added.

The sad reality is that they are very poor despite giving absolutely everything to the nation. They dedicate their whole life for us but themselves live a poor life. Needless to say, they can also be called as the ‘God of the soil’. 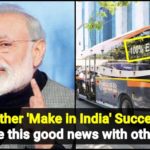 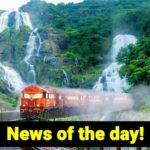