Senior Congress leader Sam Pitroda on Monday slammed the critics of Rahul Gandhi highlighting that Congress Party President is a highly educated and intelligent person and that India needs young leaders like him.

He also spoke against the words used by PM Narendra Modi against former PM Rajiv Gandhi saying that he is extremely disappointed to see a fellow Gujarati “falling to such an extent that they lie in such a way about a dead person.”

Speaking to the reporters at the the Indore Press Club, Sam Pitroda added that contrary to what the BJP has been calling Congress President from the past 10 years, he has great sense of hope and confidence in him.

“He is not pappu. He is a highly educated, intelligent young man and India needs such young leaders,” said Pitroda. He further added that India needs leaders who are well-versed in technology than those who all are about ‘jumlas’.

Pitroda, Indian Overseas Congress chief, has earlier worked with Indira Gandhi and Rajiv Gandhi. He also stated that he has spent a lot of time with Rahul Gandhi discussing how to take the nation forward.

He then diverted his focus to PM Modi’s attack on Rajiv Gandhi where the Prime Minister called the late Congress leader “corrupt number one”.

“The baseless comments that the country’s current Prime Minister has made yesterday about former premier Rajiv Gandhi makes me feel ashamed as a Gujarati.

I belong to the same Gujarat where Mahatma Gandhi was born. I am pained to see people hailing from Gujarat (referring to PM Modi) falling to such an extent that they lie in such a way about a dead person,” added Sam Pitroda.

The 77-year-old also launched a scathing attack on Election Commission for not taking action against the controversial remarks made by Prime Minister Narendra Modi and BJP chief Amit Shah.

Before claiming that several statements made by the BJP leaders breach the model code of conduct, Pitroda stressed that the ruling BJP has “hijacked” India’s democracy. 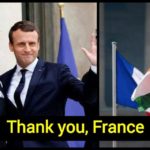