In a bid to protect Indian business and its economy, the nation makes a smart move by imposing anti-dumping duty on as many as 99 Chinese products as on January 28 this year, Parliament was informed Monday.

“As on 28.01.2019, anti-dumping duty is in force on 99 products imported from China,” Minister of State for Commerce and Industry C R Chaudhary added in a written reply to the Lok Sabha.

Chinese items on which the anti-dumping duty was imposed include chemicals, petrochemicals, fibres, yarn and machinery items, he said.

Chinese products are cheap and as a result, people in India preferred to buy those, after which it badly affected Domestic or small-scale industries.

The minister also added that the government has been taking necessary steps to cover trade deficit by descending the trade barriers for Indian exports to China.

Various meetings have also been held with Chinese equivalents as a part of advancement to seek market access for several Indian agricultural products, animal feeds, oilseeds, milk and milk products and pharmaceuticals. 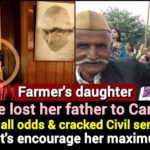 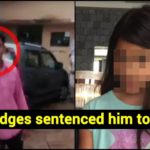