Let’s take a look at the 10 famous personalities who changed their religion:-

#1. George Harrison:
George was the famous guitarist of ‘Beatles’. He once visited India to learn Sitar from Pandit Ravi Shankar in 1966. He got deeply influenced with Hinduism and converted his religion to become an ardent devotee of Krishna. He was a Hindu until the last day of his life.

When she tied the knot with Indian cricketer, Nawab Mansoor Ali Khan Pataudi, she made up her mind to convert from Hinduism to Islam. She also changed her name from Sharmila Tagore’ to ‘Ayesha Begum’.

Popular singer, Madonna who is born and raised as a Christian, took a Jewish name ‘Esther’ after changing to the ‘new age’ version of ‘Kabbalah’. It is originated from Jewish mystical teaching. The pop star is known to observe Shabbat (Jewish day of rest) and listen to Torah (Jewish written law) every Saturday.

King of Pop, Michael Jackson was deeply influenced by his brother Jeremy to convert to Islam just a couple of years before his death. If rumours are to believed, he changed his name to Mikael.

A popular Bollywood actress Nargis converted to Hinduism after tying the knot with Sunil Dutt despite being born and raised in a Muslim family. She also changed her name to Nirmala Dutt.

Calvin Broadus, which is Snoop’s real name announced in 2009 that he embraces a separatist group- ‘Nation Of Islam’ a group that was introduced in the 1930s after converting to Islam. Nation of Islam group strives to promote the conditions of black Americans.

The Musical maestro was born to a Hindu father and a Muslim mother who started a new life after marriage was a practising Hindu woman. It should be noted that AR Rahman was previously known as AS Dileep Kumar. However, following the death of his father, he supported Sufism in 1987 and altered his name to Allah-Rakha Rahman.

While deftly portraying the character of a woman who is on a soul-searching mission in India in the film- ‘Eat, Pray Love’, Julia fell in love with Hindu culture and then she made up her mind to convert into Hinduism in 2010.

It should be noted that the famous American actor Tom was born as a Christian. But he himself converted to the ‘Church of Science’ and has also been an ardent follower for more than 3 decades. It holds a very traditional motto.

When Mike Tyson was in prison ‘on charges of rape’, Mike renounced his religion’s teachings and then converted into a Muslim. His change came into notice when he posted his picture in the ‘Umra pilgrimage in Mecca in 2010’, right in front of the Holy Kaaba 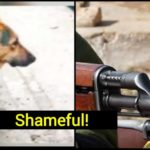 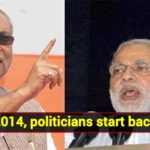