We all come across the phrase, ‘Keep your full focus at work or else you might mess it up completely.’ It seems that someone who is handling Samsung’s Twitter official page has made the biggest blunder of his life, which he would never forget.

While promoting a new phone’s video on Twitter, the Samsung post was posted from an iPhone Twitter client. After noticing this, people couldn’t resist laughter. Some people made sarcastic tweets on the micro-blogging platform. Take a look at this:

Most of them last year. pic.twitter.com/G4fW5AHrQB

Man … this is too much … This is the best advertisement iPhones can have. I feel disappointed in how they always end up doing it.

Soon after the account was disabled, some tweeted followed up:-

How Samsung Mobile NG dealt this "via Twitter for iPhone" issue… pic.twitter.com/MzIjCp2JsC 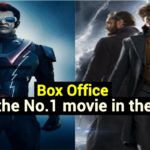