Cricket is not just a game but a religion here in India- or at least what Indian cricket fans look at the game as. It doesn’t only give mirth to the onlookers but also monetarily supports the deserving players. The worst part of the story is that only 11 players are allowed to display their cricketing skills on the field. That is rather an unchangeable rule.

Keeping the law intact, the Indian Premier League (ILP) widened the circle of opportunities for both local and global cricketers. It provides a platform where no just eleven but several players can illustrate their skill to the world. Every summer, business tycoons take seat in an auction hall with a mammoth amount of money to shower upon cricketers on the ground of their talent. On the day of auction, cricketers keep an eye on TV screen to get a glimpse of live development. Every second going by with hammer smashing the table, is spent with prayers in hope of being picked by a lucullan hand.

In a similar way, fast bowler Thangarasu Natarajan’s eyes transfixed on TV screen when the auction for the 10th IPL edition was going on. Who knew that a poor boy, hailing from a backward locality of Tamilnadu, would be weighed with crores of rupees. His parents were engaged in menial occupations to earn a livelihood- mother sold stuffs at a mere stall in village and father was a collie at the railway station of the town. The minimum price was 10 lakh but Sehwag, who was representing the Kings XI Punjab, his life in a matter of seconds by picking him for Rs 3 crore. Natarajan said that it (money) was unbelievable for him. 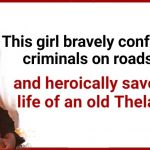