Swara Bhasker is a popular Indian actress who works primarily in Bollywood films. She is best known for her supporting work in mainstream productions and featuring roles in independent films, she has won 2 Screen Awards and has been nominated for a Filmfare Award on three occasions.

Swara Bhasker made the headlines after he gave a bold reply to a man who cracked a non-veg joke on her. It all started when she posted a picture of herself on social media.

One of the users posted an insensitive comment on her picture. He commented, “Is se bada chahiye shayad.” Meanwhile, Swara Bhasker responded to the insensitive remark by saying, “Trying to troll me but really trolling all Indian men. Aur handle hai ‘Macho Man.’ #selfgoal”

Was ‘Sanju’ A Biopic Or A Propaganda To Make Sanjay Dutt’s Image Whiter Than Ever?

All gangsters won’t be getting any bail/parole, UP govt takes a massive decision against criminals 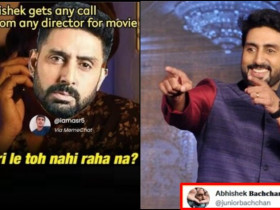