Everything seems to be fine between the star couple and their latest Instagram exchange serves as a testament to the fact. This morning, Nick Jonas had posted a video from his workout session on his Instagram profile. “Monday motivation. Let’s get it,” Nick Jonas captioned it.

Meanwhile, in the comments section, Priyanka Chopra left a comment that read: “Damn! I just died in your arms…” and added a couple of heart and heart-eyed emojis.

Meanwhile, Netflix dropped a special called ‘Jonas Brothers Family Roast’ in which PeeCee took over the stage and trolled her husband Nick Jonas, along with his brothers Kevin Jonas and Joe Jonas.

Priyanka Chopra had shared that the elder Jonas Brothers have kids. Kevin Jonas has two daughters and Joe has a daughter. She went on to share that they’re the only couple who don’t have kids.

Meanwhile, the actress went on to state, “We’re the only couple who doesn’t have kids. Which is why I’m excited to make this announcement. Nick and I are expecting…,” and added, “To get drunk tonight and sleep in tomorrow!”

While PeeCee’s humour and comic timing left everyone in stitches, Nick was taken aback for a moment. Priyanka was quick to see the tension on Nick’s face as she said “Your face was really funny when I said that.” He replied saying, “Yeah I was a bit concerned.”

During Job crisis in India, this Class 8 Student starts LED company and offers Jobs to Villagers

8 actresses who pardoned their husbands even after they deceived

List of 5 Heroes who feed hungry stomachs in India, every Indian must know 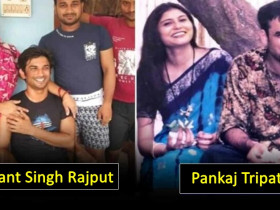