Having a craze to play a sport is very common. But there is a set of people who think beyond and are interested in taking control over the entire match. If you are among those who want to not just play the game but be the coach, fantasy sports are for you.

Fantasy platforms have been the most used applications by sports fans all across the world. The most famous one is “Dream 11” which is being majorly promoted especially during the Indian Premier League.

According to a recent publication on the World Economic Forum, India’s gaming industry is booming with full pace, one of the main reasons being the mobiles staging the games as it makes games available to the youth from all sections of the society.

However, this accessibility has come up as a blessing for teens who desire to spend some time brainstorming and utilising the sports skills they have.

Fantasy sports give you a chance to be the controller of the game. It lets you be the coach of the important upcoming tournaments. As a fantasy gamer, you can live your dream of being a coach of the players you select. You can utilise your own senses and make fruitful decisions to take the game in the right direction.

Well, you won’t be on the field but the field will completely be under your control. That’s right. You will get a wide range of tournaments and contests to choose from based on the type of match you want to play. Besides giving you an opportunity to win cash prizes, these fantasy games will also give moments of relaxation, fun, and enjoyment.

Whether you want to play a cricket coach or a basketball coach, it will completely depend on the sport you choose. The fantasy sports are available on different online platforms, which you can opt for.

So far as the youth is concerned, the following are the most sought-after fantasy games that they are inclined towards Fantasy Cricket, Fantasy Football, Fantasy Basketball, Fantasy Hockey, Fantasy Kabaddi.

1. It is important to know the statistics of the players before choosing them in your team. Dream11 is not something that you pick random players trusting your instinct. If you are aware of the players’ form, statistics, then picking the players would be a mere cake walk for you!

3. It is important to know the ground sizes before selecting the players. We have seen batsmen failing to clear the ropes and end up getting caught. We have also seen batsmen clearing the balls with ease due to the short boundaries.

5. At taking risks is important. You never know which player would turn up on the day. Without taking any risk, you can’t earn anything.

6. Importance of picking up all-rounders. We all know that all-rounders play an important role during the game. If they fail to bat well, they compensate by doing well with the ball. So, it is important to pick the right all-rounders for your team.

7. Selecting Captain and Vice-Captain is very important. Keep an eye on the players’ recent form and select your captain and vice-captain accordingly.

8. Make sure that you don’t pull all your money in a single game else you might end up losing the money.

9. You should have the knowledge to create multiple teams in order to come through with flying colours. 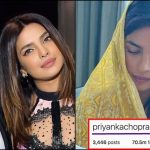 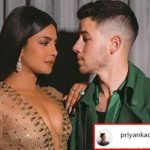