Priyanka Chopra always wants herself to be called ‘People’s Princess’. She ranked in 72 of the 100 most beautiful faces in the year 2012. Other than doing her profession, she is more into reading, writing poetry, and dancing to Indian music.

Although she kick-started her career as an actress in 2000, she once dreamt to become a software engineer or a criminal psychologist at the end of Grade 10. Her debut in Indian film was in 2003, in the film “The Hero”. Priyanka Chopra is also called a philanthropist and is widely recognized for her work in the environment, women’s rights, or education.

Priyanka Chopra is famous in the USA because she appeared in the American Television Series – Quantico, a thriller drama that caught the attention of the viewers. She is also a singer and her popular ones are In My City ft, Will.I.am Exotic ft, Pitbull -I can’t make you love me.

Meanwhile, all of a sudden, Priyanka Chopra removed her husband Nick Jonas’ last name on her official Instagram handle which left the netizens in shock. PeeCee’s unexpected act sparked divorce rumours. Nobody really knows what has happened between the duo and further details are yet to come.

Not long ago, the couple had recently brought their first house together and celebrated their first Diwali in it. She shared the photos of celebrating the Diwali festive from her new house with her husband Nick and the caption reads: “Our first diwali in our first home together.

“This one will always be special,” “Thank you to everyone who worked so hard to make this evening so special. You’re my angels.” “To everyone who honoured our home and my culture by not only dressing the part but dancing the night away, you made me feel like I was back home. And to the best husband and partner nickjonas, you are what dreams are made of. I love you. My heart is so grateful and full.” her caption further read. 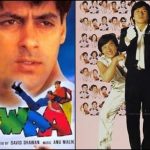 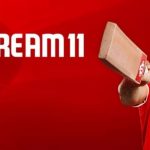