They announced their split just days before their wedding anniversary. Chay and Samantha dated for 3 years before getting hitched on October 7, 2017, at Goa in a destination wedding.

Meanwhile, Tollywood actor Naga Chaitanya took to his official Instagram handle to post his first post since parting ways with Samantha. The actor posted a snapshot of a book he had completed, describing it as a ‘love letter to life’.

He went on to state in several interviews that he prefers not to be active on social media since he keeps his life private. For the unversed, he has taken just 52 photographs on his Instagram feed so far. He hasn’t been on Instagram in almost a month after parting ways with Samantha.

The actor took to Instagram and posted the photo of the book ‘Greenlights’ by Matthew McConaughey. He wrote, ‘A love letter to life.. thank you @officiallymcconaughey for sharing your journey.. this read is a green light for me.. respect sir!’. 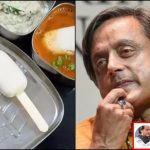 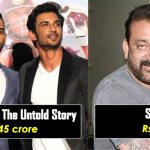