At the same time, Anand Mahindra also knows how to shut down haters by giving epic replies. He always comes up with interesting, inspiring and entertaining posts. In fact, he never lets his fans and followers have a dull moment while interacting with him on social media.

The chairman of Mahindra Group has been quite active on the micro-blogging Twitter portal and his tweets draw attention more often than not. How often have we seen Anand Mahindra posting interesting stuff on his Twitter account?

Not long ago, the businessman came across idli on a stick picture and he decided to react to it as well. Creativity is the ability to bring something new into existence. Indians are very much creative and they have shown their ability across all aspects.

Recently, some of the chefs showcased their creativity by inserting a stick in idly to save water. While some liked the idea of saving water, others said it is not good for the environment since the stick is made out of wood (deforestation).

Anand Mahindra tweeted: “Bengaluru, India’s innovation capital can’t stop its creativity from manifesting itself in the most unexpected areas… Idli on a stick—sambhar & chutney as dips…Those in favour, those against??” 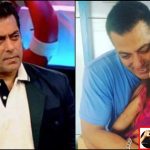 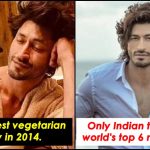