Why Rahul Dravid is the perfect coach for Team India? this old interview of him says it all

Rahul Dravid, one of India’s greatest batsmen of all time, is known not only for his batting but also for his composure in cricket. People run short of adjectives and superlatives to describe Rahul Dravid in one word, such is the greatness of the man, who unconditionally stayed as “The Wall” guarding Indian cricket.

Dravid has undoubtedly been one of the phenomenal batsmen in the longest format of the game during his playing days. There were several occasions where he made the difference for the side with relative ease.

Those magnificent drives that flow past his bat give pure bliss to eyes to the aggression which was clearly visible in his eyes, there was something so special about the Wall which makes him one of those very few personalities across the country with absolutely zero haters.

The Board of Control for Cricket in India appointed Rahul Dravid as the head coach of the Indian cricket team. Well, Rahul Dravid is the perfect coach for Team India and his old interview of him tells why there is no better than Dravid for India.

He once told: “I think we judge talent wrong. I make the same mistake myself. We judge talent by people’s ability to time a cricket ball. Things like determination, courage, discipline, temperament are also talents, I think.”

“He won’t leave much to chance, and he’ll be all about preparation and process, so that we can bring the happiness back into the Indian dressing room,” he said at the post-match presentation. 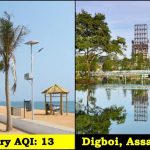 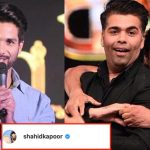