Bigg Boss is a popular Indian reality show that is both watched and adored (despite being teased and mocked). Salman Khan is the host of the show, where contestants are forced to stay in the house for a few days and perform daily activities as they bicker and scream like lunatics.

Obviously, the show involves a significant amount of scripting. However, a set of very tight guidelines must also be observed. Let’s have a look at a few of them:

1. Bigg Boss was launched in India by Sony Pictures Television.

There is currently a smoking area, but no designated drinking area. However, those competitors who either enjoy drinking or find it difficult to go without alcohol are provided with it as well. The majority of the time, it comes in a juice box.

Payouts to the competitor can be divided into two categories: direct and indirect. Either they are paid weekly or they are paid in one lump sum at the end of the shooting season. Rimi Sen received 2 crores INR when the show ended, while Rashmi Desai received 15 lakhs INR per week.

4. Intimate encounters within the home

Bigg Boss is considered a family-friendly program. Any intimation from the candidates is either hidden or edited out because of the show’s rules of conduct prohibiting it. Because there are no cameras in the bathroom, it’s reported that contestants go there to be intimate.

5. In the event that they decide to stop in the middle, there will be severe penalties.

It’s a well-known truth that signing a contract before moving in is standard procedure. However, are we aware of the contents of the contract? If candidates opt to leave the show in the middle, they will have to pay a substantial fine. The total fine is Rs. 2 crore!

6. Bigg Boss’s abode resembles a jungle rather than a home.

Near Lonavla hill station, Bigg boss’ studio, which is really just a house. As a result, it’s not uncommon for insects from the inside to show up and make the participants company while they’re there. Some people have had success with repelling scorpions and snakes with traps placed inside their homes, too.

Since the participants are no less than snakes, it’s possible the snakes showed there to say “hi!” to their siblings.

7. Staff to do the housecleaning

8. Another Bigg Boss secret was made public.

There are cameras in the mirrors, too.

Have you ever pondered how it is that you get to see everything that is shown to you? It’s because the mirrors themselves are equipped with cameras. That explains why there are so many mirrors strewn over the place. It’s sole purpose is to get the best possible photos.

The votes of the audience (which includes all of you) are taken very seriously. The participants’ entry gates are constructed based on public vote results. If we continue to vote for one candidate while ignoring the other, the other contestants will be eliminated. BUT the results of a vote by the audience do not rule the game! The TRP is the most important factor because of its media value.

That way, whoever is popular or despised will not be expelled as a result of the constant upheaval. It’s no secret that this is one of Bigg Boss’ biggest secrets.

Because they can’t talk about it, individuals are apprehensive about joining the cult. To keep the audience excited, the candidates are forced to keep their mouths quiet and keep a low profile during the show. 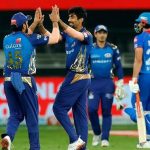 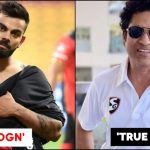