A debate triggered within the fans with the chance of Navjot Singh Sidhu making a comeback to The Kapil Sharma Show and how it would possibly affect Archana Puran Singh. For the unversed, Archana Puran Singh replaced Sidhu as the guest judge on the show when he left in 2019.

Meanwhile, she has a perfect reply to all the naysayers who feel that she will not have anything to do if she has to quit the show, in case Navjot Singh Sidhu wanted to return.

It all started after Sidhu recently quit the Punjab Congress chief post. In the aftermath of Sidhu’s resignation, it paved way for a string of hilarious memes.

Archana Puran Singh, in an interview, had said, “If Sidhu would seriously re-enter the show in my place, I will have many other things to do, which I have refused in the past few months. Since I am shooting for two days in a week for the show, I can’t take up any assignment, which is out of Mumbai or India. In the past few months, I got several opportunities to shoot in London and other foreign countries but I had to say a no because of my commitment to the show.”

Meanwhile, the cast has also often mocked about how Sidhu’s return might as well pose a threat to Archana’s position on the show. Responding to these jokes, Archana said, “Kapil’s show writers come up with all kinds of jokes and I can’t help but laugh at them because they are funny. It is a task to come up with gags every day and keep the show running for the last 10 years.

But all those who feel I don’t have anything to do in the show should come on the sets to see how it is not easy to sit 6-7 hours in a particular position, facing the stage. I have to constantly sit in an angle for 4-7 hours on that sofa and face the stage, listen to every joke that’s cracked and then react to it.” 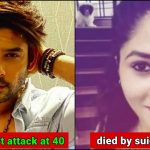 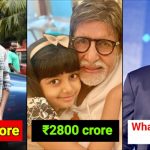