Salman Khan asked A.R. Rahman "When will you work for us", he gave a fitting reply!

Composer, lyricist, and worldwide acclaimed singer, A R Rahman left school in the midway to support his family after his father’s untimely death. He later completed his education at Madras Christian College higher secondary school. He also received a scholarship from Trinity College London to further pursue his knowledge in music from Trinity College of Music.

Formerly known as Dileep Kumar, A R Rahman has changed the face of the music industry through his composition skills and a magical voice. Music maestro became the first Indian to be nominated in 3 categories at the Academy Awards for his music score in the British-Indian movie Slumdog Millionaire.

During the event, Salman jokingly called Rahman an average composer. His remark didn’t go down well with AR Rahman fans and Salman Khan drew criticism at that time.

While replying to the reporter, Rahman said that “He”ll compose for Salman Khan’s films only if he does the films he likes.”

Salman Khan is often praised as one of the most powerful personalities in Bollywood industry. It is cognisance of the fact that the Dabanng Khan has been godfather to many and is also popular with his NGO “Being Human” community. It is also believed that the Bhai of Bollywood has been involved in deliberately destroying many musicians and actors’ career. 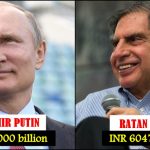 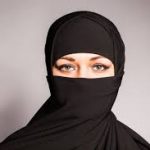