The actor died on Thursday, September 2, after having a heart attack at the age of 40, leaving his family, fans, and friends. His supporters and close associates were invited to the special meditation and prayer session via an online link.

Paras Chhabra uploaded a brief clip from the live meet on his Instagram account, in which the Brahma Kumaris sister Shivani can be heard talking about Sidharth Shukla’s mother Rita Shukla and how she exhibited fortitude despite losing her only son.

During the prayer meeting she said, “When I spoke to Rita aunty on September 2, she just said ‘Om Shanti’. There was so much strength in that ‘Om Shanti’. I kept thinking where did she get this strength from. When I asked her how she is doing, she told me ‘I just have one wish from the Almighty, he should stay happy wherever he is.’”

Paras shared the clip praising his mother and captioning it, “Rita aunty more power to you aur Ye sunne ke baad i got some power… Thank you for this beautiful satsang… #RIPsidharthshukla” 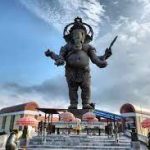 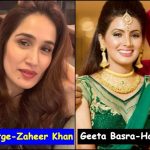