The captain of the Costa Concordia, the ship which collapsed in 2012 and killed 32 passengers, was sentenced to 16 years in prison by Italy’s top court.

Francesco Schettino was convicted guilty of homicide, creating a maritime accident, and abandoning a ship by a court in 2015. After the verdict, Francesco Schettino surrendered to the Rebibbia jail in Rome, according to his lawyer.

After the coastguard published recordings of Schettino rejecting instructions to return to the damaged vessel, he was dubbed “Captain Coward” by the media.

After hitting rocks off the Tuscan island of Giglio, the cruise liner capsized. More than 4,000 passengers were on board at the time, and they were forced to evacuate in a disorderly manner.

Prosecutors claim he sailed too near to the island to show off to a dancer at the helm, Domnica Cemortan. However, he faulted the Indonesian helmsman for a lack of communication.

The court decision was applauded by a lawyer representing the victims’ family, who claimed it provided “final justice.”

In other trials, five of Schettino’s coworkers were sentenced to up to three years in prison. 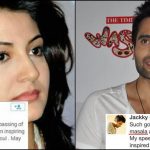 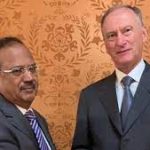