The laws regarding gambling in India can be complex and difficult to understand. For example, states like Daman, Goa, and Sikkim permit most forms of gambling whereas most states allow only lotteries and betting on horse racing.

There are also restrictions on online gambling. However, this does not prevent casino enthusiasts from playing at offshore casino sites. It also does not stop Indians from becoming famous gamblers. We sourced this data with the help from justgamblers.com, reputable casino sites and enthusiastic players are more numerous than over.

With this in mind, let’s take a closer look at 10 players who are famous for their gambling, including one from way back in history.

Murkha Nayanar was one of the 63 Nayanars who were dedicated to the worship of Shiva through the 6th-8th centuries. He displayed his devotion to Shiva through gambling. This makes Murkha the earliest known example of a gambler in India.

Abhinav Iyer won the World Series of Poker (WSOP) bracelet in 2019, at The Closer. He was the first player born in India to achieve this feat in what was the most successful year in his poker career to that point.

Probably better known as a film star and politician, Raj Babbar is also famous for his gambling exploits. He is regularly seen gambling at private events.

Vivek Rajkumar has been a familiar face on the poker circuit for many years. His biggest win was $1,424,500 at the World Poker Tour Bogota Poker Open Main Event in 2008. Rajkumar is also a big fan of sports betting and gaming overall.

Arjun Rampal is an actor who has a professional association with gambling sites. He has also spoken of his appreciation for the technicalities of horse and sports betting overall.

Nipon Java is a professional poker player and one of the most famous gamblers in India. He plays mostly live tournaments and in 2017 he won the 48th WSOP $1,000 Tag Team event in partnership with Aditya Sushant.

Aditya Agarwal has a degree in engineering. However, in the last few years, he has paid more attention to his poker career. This has helped him to achieve his position of fourth in the list of top winning Indian poker players. He now shares his passion with others and promotes the joy of playing poker.

As a passionate fan of AC Milan, Raghav Bansal could have attempted to follow the football route. However, he chose to make his money playing professional poker instead. He is a steady performer and has become a well-known figure on the circuit. He was also the first Indian player to secure a place at the final table of a WSOP event, in 2015.

Actor Sikandar Kher also has a passion for playing poker. He participated in the 2012 Ultimate Gambling Challenge Tournament Series where he secured a place at the final table on three occasions. Kher also won a 30k main event in the IPC edition of 2013, in Goa.

Actor Jitendra is also famous as a gambling enthusiast. He regularly hosts card parties at his home. The property is fitted with gambling tables and themed parties are a common occurrence. Big names from Bollywood mingle at the tables, together with Jitendra’s family and other close friends.

(Note: In case of any doubt, TheYouth does not provoke or motivate any of its readers to play the game. It is only an informative article based on information collected from online sources. You can play the game only if it is legally allowed in your country/state. It must be noted such games involve both monetary losses and gains. Either you win or lose, TheYouth shall not be responsible under any circumstances. Also some of the information given above may be incorrect since we solely depend on the information we garnered from online sources such as this. ) 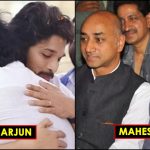 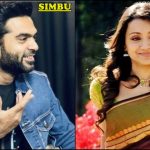