Nusrat Jahan, a Bengali actress and currently serving as TMC MP seems very engaged in her personal life after the arrival of her baby. She has yet to reveal the face of her son Ishaan, despite being highly active on social media.

Nusrat’s most recent post has gained a lot of attention owing to her caption in which she refers to Ishaan’s father as ‘Daddy.’ It is widely speculated that Nusrat has spoken about her rumoured boyfriend Yash Dasgupta in her IG post after her divorce from spouse Nikhil Jain.

Nusrat has lately posted something on her Instagram account where she can be seen wearing a black-and-white striped shirt and standing in front of the camera. ‘Don’t take criticism from people you don’t even consult,’ she captioned it, sharing the picture credits with “Daddy”.

Many of her fan following is intrigued to know if she is referring to Yash Dasgupta as ‘Daddy’ in this post. Nusrat, on the other hand, does not mention Yash in the caption.

Yash was spotted with Nusrat when she returned home after the birth of her baby. Nusrat sat next to him in the passenger seat while he drove. Many media sources also said that throughout the delivery, Nusrat asked the medical officials to let Yash stay with her. 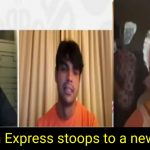 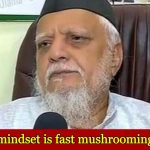