Neeraj Chopra, who created history by winning a gold medal at the Tokyo Olympics, is feeling extremely embarrassed by the Indian media. The country’s well-known journalist, radio jockey and now famous Indian designer and art curator Rajiv Sethi has left no stone unturned to embarrass him by asking ridiculous questions.

Indian Express Group has shared the video of the interview of Tokyo Olympic winners Neeraj Chopra and Bajrang Punia on its YouTube channel. In this, a video clip of 2 minutes 7 seconds interview of Neeraj Chopra is becoming increasingly viral on social media.

In the video, the journalist has invited Rajiv Sethi to ask some questions to Neeraj Chopra.
As soon as he connects with Neeraj sitting in the car, Rajiv asks him the first question- “What a beautiful young man you are, so I will ask you a question, which I know crores of people want to ask.” On this, the gold medalist laughs out loud and asks to continue with the questions.

After this Rajiv Sethi says – “Crores of people of the country want to ask you this thing but are hesitant about how you maintain the balance of sex life with your athletic training. I know it’s a ridiculous question.”

Neeraj politely declines and asks the journalist to answer this question, “Sorry sir. Now after that I can’t say anything. Sir, my heart is filled with your question. Please sir”

However, this isn’t the first time Neeraj Chopra has been confronted with such meaningless questions. On August 19, radio host Malishka had asked him some dumb questions during one of his interviews. Malishka posted the video on her own Twitter account as well.

Malishka and Red FM staffers (girls) are seen dancing in front of Neeraj Chopra to the song ‘Ude Jab Jab Zulfen Teri’ to impress him. Despite his uneasy expressions, Chopra continued to dance. Malishka also requests a magic hug from the Olympic gold medalist at the end of the conversation, to which he responds with a distant hello. While interviewing Neeraj Chopra, RJ Malishka Mendonsa’s manner was criticized by the internet.

Navika Kumar, a Times Now journalist, was also strongly ridiculed on social media for questioning Neeraj Chopra about his personal life before Malishka Mendonsa. She was dubbed ‘Gossip Aunty’ by internet users for questioning about his partner and marriage during her interview. 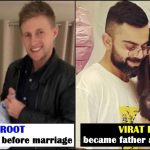 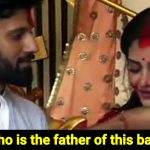