In 2018, Arnab from Bihar quit his multi-figure figure job in New Zealand to return to his village and practise pisciculture.

Arnab was a mechanical engineering student at Lords Institute of Technology. In 2017, he relocated to New Zealand to pursue his master’s degree. The next year, he was hired as a Product Manager at a prominent company’s Food Production department. But as time passed, Arnab yearned to return home.

He was inspired by New Zealand’s fish processing techniques and realised his own nation has a large market with a higher demand for high-quality fish. He quit his job and came back to India.

The next year, with the support of family, Arnab “replicated” the same techniques and opened his new fishery business. Initially, his father did not believe that the idea would work out as it was too impractical and would require his well-educated son quitting his good career. Gradually, he saw development in progress as more people became involved in the project.

His business was garnering massive profits with 220-230 tons of fish worth 2 lakhs 60 thousand in rupees. With a remuneration of ₹35-₹40 lakhs per annum, the crowning moment is that he is pursuing his dreams from his village and employing thousands of workers.

With tenacious efforts and dedication, he has inaugurated seventeen ponds in his village and feeds them regularly to keep his business going. Whenever the pond has to be cleaned, the residual water is used up by local farmers, which in turn supports the village’s agricultural industry. 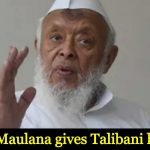 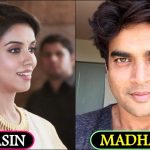