The Taliban’s Cultural Commission has allegedly issued a directive requiring Afghan people to marry off their underage daughters to Taliban militants. In an online statement, the terror organization instructed local leaders to compile a list of all unmarried girls above the age of 15 and widows under the age of 45 to be given away as “sex slaves” to the organization’s foot soldiers.

According to the Taliban, all of the girls and women would be transferred to the mountainous area of Waziristan in Pakistan, where they would be married to the militants, converted to Islam, and reintroduced into society.

“The Taliban insists on trials without evidence.”

The Ashraf Ghani administration’s attempts to keep the Taliban at bay has gone completely in vain as the Fundamentalist group is getting closer to re-establishing an Islamic Emirate in the Central Asian state.

In recent weeks, the Taliban re-imposed regressive practices and laws on women that characterized its iron fist reign from 1996 to 2001, including implementing the Islamic Sharia law. Civil society groups in the seized area of Takhar said earlier this month that Taliban officials had forced males to grow beards, barred women from leaving their homes without a male relative, and imposed new dowry restrictions on unmarried girls.

Will there be peace?

The Taliban proposed a three-month truce in exchange for the release of 7,000 insurgent detainees, according to the Afghan government’s negotiator on July 15. “It is a huge demand,” Nader Nadery told the media, adding that the militants have also sought the removal of Taliban commanders from the UN blacklist.

On Thursday, Pakistani guards fired tear gas to disperse hundreds of individuals who attempted to cross a border post into Afghanistan, according to an Afghan government negotiator. 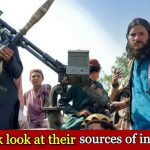 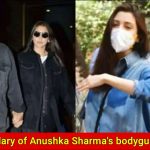