Alia Bhatt failed as a student in her school days. In fact, she was never a good student and was not interested in studies. She never studied well and always got poor marks in exams. She was a below-average student. She did her schooling at the Jamnabai Narsee School. However, she was more interested in sports.

Alia didn’t get into college as she always wanted to be a Bollywood actress. She got a chance to act after completing school. In fact, it was Karan Johar who gave her a chance to make a Bollywood debut with Student of The Year

However, according to Alia, her first boyfriend was too possessive and controlling. Alia has also disclosed that he was so controlling that he even selects her dresses to wear which Alia Bhatt did not like.

Before making a debut in Bollywood, Alia Bhatt was in a relationship with Ali Dadarkar and the duo dated for few years. Later, Alia dumped him just like that after her big Bollywood debut when she became quite popular in the industry.

After earning fame, Alia Bhatt then dated Sidharth Malhotra, her co-star from her debut movie ‘Student of the Year’ and they dated for quite a few years. Much to Sidharth’s disappointment, Alia cheated on him and then dumped him as well. It was because of her crush, Ranbir Kapoor, whom she is currently dating.

On the contrary, talented ones are struggling to set their feet. To make things worse, the Bollywood industry even leaves people when they go through bad times. It is cognisance of the fact that Alia Bhatt is a star kid and is a nepotism material in the Bollywood industry. She made her debut with Karan Johar’s ‘Student of the Year’. 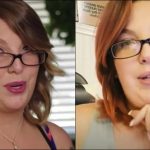 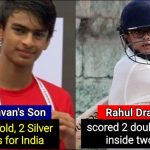