Solitaire card games are one of the oldest, simplest and most entertaining games that exist today. However, you should not let their simplicity deceive you. There is a surprising amount of strategy required to consistently win at solitaire card game. When the best strategies are combined with the chance to win cash prizes, that is what makes it an interesting game to play.

The game is easy to learn yet tricky enough to pose a challenge. Here are a few insider tricks that can help you ace the game every time you play it:

1.    Turn up the first stockpile card as your first move

In a game of solitaire, having more options is always better. Most players start building piles and move cards around on the tableau without turning over the first card in the stockpile.

You want to be able to reveal as many cards as possible to be able to stack them as and when required. Why not increase your chances of doing so by exposing one more card at the beginning of the game?

It gives you an extra set of options both for building foundation piles as well as for building tableau columns.

2.    Move aces and deuces to the foundations as soon as possible

Whenever you find an ace or a deuce (2) in the stockpile or in one of the tableau columns, play it immediately instead of drawing more cards from the stockpile. Keeping them on the tableau might block your chances of revealing hidden cards. Make sure you move them to the foundations as soon as they become available for play.

3.    Don’t empty a tableau column unless you have a king to fill it

According to the rules of klondike solitaire, only kings can be the first card on an empty space. If you don’t have one to put there, it will block out an entire column until you get lucky enough to find a king. So don’t make the mistake of clearing any tableau columns just because you can. Wait until you have a king to move there.

4.    Turn over cards in the larger piles first

While targeting to find hidden cards, it’s always recommended that you choose columns that have a large stack of hidden cards. Uncovering these columns of hidden cards as soon as possible gives you a better chance of getting useful cards and scoring points.

Keep the card color in mind while filling a space

Whether you choose a red or black king to fill an empty spot is an important decision to make. It dictates the color order for that tableau column for the remainder of the game. To ensure that you make the right decision, you should carefully consider what color queens and jacks you have in store. That can help in easy stacking going forward.

Keep the less important moves on hold. Prioritize making moves that provide you with the opportunity to make other moves or expose hidden cards.

Do not fall into the trap of shuffling cards from one tableau column to another if you have not thought of the next step. This can unknowingly ruin your chances of winning a solitaire game as you will end up piling cards on important ones and risk locking them. Therefore, be patient and analyze each movement carefully. Instead of just moving cards to the obvious spots, think about how a particular move will influence your game overall.

If there is an option of picking a card from the waste pile or the tableau, always choose to pick from the tableau. This will help clear up space and also uncover cards that could prove to be useful later. On the other hand, you can cycle through the waste pile multiple times.

The four middle cards of your game, which are 5, 6, 7, and 8, are the cards that hold up the scaffolding of your piles. If you play them too early, you’ll find yourself scrambling for cards toward the end of the game. If you plan to use them, always make sure you are meeting at least one of the following conditions:

We hope that learning the tips and tricks described above will make you better equipped to play smartly and win solitaire games online.

In case you are looking for a solitaire platform to play the game online, you may consider the Solitaire Gold app. This app allows you to compete with real players from across the country and beat them and get you the chances to win cash prizes. If such games are legally allowed in the country/ or state you live in, you can go for a solitaire download on your mobile phone now and start playing thrilling solitaire games and get chances to win real money. Happy gaming!

(Note: In case of any doubt, TheYouth does not provoke or motivate any of its readers to play the game. It is only an informative article based on information collected from online sources. You can play the game only if it is legally allowed in your country. It must be noted such games involve both monetary losses and gains. Either you win or lose, TheYouth shall not be responsible under any circumstances.) 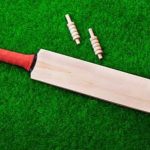 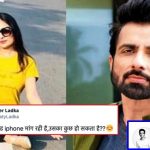