Before somebody ever thought one could rap in the music industry, it was Honey Singh who revolutionized the entire hip-hop genre in India. The star rapper charges Rs 30 lakhs per song and his total net worth is Rs 180 crores.

Even famous celebrities encountered some terrible experiences in their career. Now, in this article, we will take a look at the biggest controversies of Honey Singh’s career.

There were rumours and widespread speculations that Bollywood’s superstar Shah Rukh Khan slapped singer Yo Yo Honey Singh for not turning up in a SLAM concert. Needless to say, during an interview, Honey Singh’s wife identified as Shalini rubbished such reports and rumours adding that Honey Singh was under the weather. Shalini further added that SRK behaved like an ‘elder brother’, who advised him to take care of his health.

It is cognizance of the fact that Honey Singh has made the headlines time and time again because of the lyrics of his songs. At times, his lyrics turned out to be controversial. Fans from every nook and corner of the Bollywood fraternity slammed him for his lyrics.

Fans had accused him of portraying women as a commodity in his songs. For the unversed, many NGOs protested against him. Nonetheless, one of his songs drew a lot of hate and criticism due to his obscene content.

Needless to say, he denied that it was his voice but no one believed him and the issue finally reached the court.

Badshah charges around ₹18 lakhs per song. Talking about the Indian rap sensation’s total net worth in today’s time, it is Rs 40 crores. He has worked with Honey Singh in several tracks.

But the relationship between them turned worse as they were seen making allegations against each other. If reports doing the rounds are to be believed then their verbal fight turned into a physical tussle.

During one of the interviews, when Honey Singh was asked if Badshah replaced him in the Bolly world, he said that there is no comparison between Rolls Royce and Nano car.

4. Rift between Honey Singh and Raftaar

There was a phase when Honey Singh and Raftaar were very good friends. But their friendship turned into a rift when Honey Singh stole the credit of Raftar and others working in a song named ‘Mafia Mundir’.

When rapper Honey Singh isolated himself for more than a year, there were reports stating that he was in a Chandigarh rehab, getting treated for his drug addiction. Nonetheless, his wife dismissed such reports of drug addiction that started to do the rounds.

She said: “These are baseless stories. Honey is genuinely not well and is in recovery mode. He has never been a drug addict. He is yet not fit enough to defend himself.

This man who calls himself ‘Yo’, whose real name is Sachin Pathak, has worked with Honey for the Marathi lyrics for the song Aata Majhi Satakli and has met Honey for that once or twice. He has not met Honey after that.

He neither knows Honey nor is a part of the group. Such baseless stories hurt him and us, as his family. Honey and I last went to Chandigarh in August for a religious visit.” 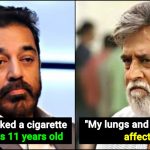 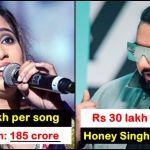