Bollywood is the Indian Hindi-language film industry based in Mumbai. It is the world’s largest film industry in film production. The industry grants opportunities to all people from all over the world.

Bollywood is known for its talented actors all over the world. It has produced several legendary actors since it came into existence. The role of actors in Bollywood has been great. However, not all actors have gone on to become successful stars. There are some actors who are living a lavish life despite a disastrous film career.

Abhishek Bachchan is the son of legendary Indian actor Amitabh Bachchan. He showcased his acting skills to the maximum with films like Sarker and Guru. Needless to say, it didn’t really turn out to be a very successful career for him.

Apart from his film career, he is doing good in entrepreneurial fields. Abhishek is the owner of the Pro Kabaddi team Jaipur Pink Panthers and the ISL team Chennaiyan FC.

She is also a successful entrepreneur and producer, newspaper columnist, interior designer. Twinkle and Akshay Kumar are one of B-town’s most successful married couples.

Mayuri Kango, who became a familiar figure in the industry after her 1996 film Papa Kehte Hain with Jugal Hansraj hit the screens. The film didn’t turn out to be a blockbuster, but her song ‘Ghar Se Nikalte Hi’ became a sensational hit. The actress also featured in several other films with A-list stars like Ajay Devgn, Bobby Deol. In 2000, the actress called it quits from the big screen.

Malaika Arora is one of the beautiful actresses in the industry. And when it comes to making fashion statements, the beauty never disappoints her fans. She often shares her beauty and wellness secrets on social media. If you think about the fittest celebrities in the Hindi cinema industry, Malaika Arora’s name will always pop in your head first.

Malaika has been missing theatres and film screenings for a long time. She has been seen doing item songs. After breaking her marriage with Salman Khan’s brother Arbaaz, she is now dating Arjun Kapoor. She is living an extravagant life.

She had a terrible career as a film actress after contesting for the Miss India pageant. However, she has now settled down with a rich Austrian, Peter Haag and has four children. Celina Jaitley married her boyfriend, Peter Haag in July 2011 and she gave birth to twin babies in March the following year.

Though she denied reports of being pregnant before getting married, many believe that it was her pregnancy that made both hitched together soon. The actress had announced in July 2017 that she is pregnant with twins again. 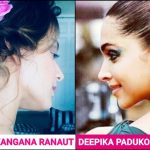