Fear is synonymous with life. There are various pathways in life that, if followed right, can turn your life upside down. All you have to do now is choose the options that are given wisely and accurately. You will be presented with various possibilities during your life; it is up to you to seize those opportunities and make the most of them.

The most popular show, Kaun Banega Crorepati, is one of them. A quiz show in which contestants are asked to answer questions that are put in front of them. You can earn money if you answer them correctly.

Here are some examples of persons whose lives were transformed into crorepatis and their current lifestyles:

Season 1’s first Crorepati was Harshvardhan Nawathe. He won Rs 1 crore from the show thanks to his Civil Service preparations. After winning, his interest moved from Civil Services to MBA, and he relocated to the United Kingdom to pursue it. Harshvardhan is currently happily married and employed by Mahindra and Mahindra.

Ravi, 14, became the first child to win a crore rupees on KBC Junior. Ravi Saini continued to study hard and put the money towards his education to achieve his goal by cracking the UPSC. He is now a member of the IPS.

Rahat revealed her life experience in an interview with the show. She came from a conservative, low-middle-class family and was forced into marriage under family pressure.

Her only wish was to continue her studies, so she came to the KBC show for the money. Her success drove her away, and now she’s a crorepati. She now has a clothing store and is a self-employed woman.

He was the only participant in the history of the KBC to won Rs 5 crore. Sushil wanted to buy a house and live a stress-free life after winning $5 million. However, he did not spend the money wisely, and several reports claim that he is currently in a financial crisis.

Sunmeet Kaur wanted to realize a hard ambition to become a fashion designer. She worked on her dream after the show, finishing second in the Rs 5 Crores winners club. She is now a fashion designer and founder of a clothing line with her friend.

Taj Mohammed was a teacher who required money to pay for her daughter’s eye care. He became a crorepati as a consequence of the show, and he spent Rs 1 crore wisely. Taj took care of her daughter and also done some good things. He purchased a home and also offered assistance in the marriage of two orphaned children.

Two brothers required the funds to treat their cancer-stricken mother. This season’s show raised the total grand prize to Rs 7 crores. The brothers were the first to win Rs 7 crores, and they used the money to save their mother. They had some money left over and agreed to start their own business with it.

Anamika Mujumdar leads an NGO and was searching for funding for it. When she was in the hot seat on KBC, luck, knowledge were on her side. She won a total of Rs 1 crore, which she put towards the growth of her NGO.

Her entire life and heart was her son after she lost her husband in a terror attack. Binata Jain was fortunate enough to sit on the hot seat of KBC and bag Rs. 1 crore with her knowledge to better her son’s life. The money helped her to create a coaching facility and to bring her family’s ambitions together.

The season 11 witnessed a crorepati identified as Sanoj Raj. He has taken pride in winning Rs 1 Crore. He wants to become an IAS officer and serve India eventually as a student public servant. 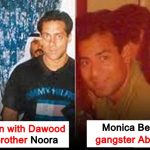 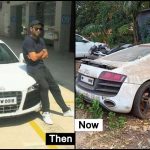