The beauty and acting skills of Bollywood divas are well-known. They get popularity as a result of their attractiveness and, more importantly, their actions. Fans are often interested in the whereabouts of their favourite actresses. As a result, today we will assist viewers in determining the actresses’ height.

Deepika Padukone, a Bollywood queen, has bestowed a remarkable gift on the business with her acting. Although she is not from a Bollywood family, she has gathered a large following as a consequence of her dedication. She is the industry’s tallest female actor, standing at 5 feet 9 inches.

Kriti Sanon, the star of Raabta, is also a fantastic actress who continues to grow and enthrall her fans with her films. This young lady is also recognized for her height; she stands at 5 feet 9 inches tall and is one of the tallest actresses.

Anushka Sharma who was born into an Army family stands 5 feet 9 inches tall. She made her Bollywood debut alongside Shah Rukh Khan. She is not just an actress, but also a producer who has her own production company.

This path was not difficult for Sonam Kapoor, who is a star kid. She comes from the Kapoor family, which is well-known in the industry. Sonam is noted for her fashion statements, and her height of 5 feet and 9 inches makes her one of the industry’s tallest actresses.

Sonakshi Sinha, the Dabang girl is known for her controversial statements stands. She is 5 feet 7 inches.

Shraddha Kapoor is Shakti Kapoor’s daughter, and her first film, Aashiqui 2, was a box office success. She is only 5 feet 4 inches tall and is not as tall as the other actresses in the Bollywood film industry.

Priyanka Chopra is one of Bollywood’s most talented actresses, who not only works in India but also in Hollywood. This multi-talented star stands at 5 feet 7.5 inches.

Aishwarya Rai Bachchan, the wife of Abhishek Bachchan, is regarded as one of the most beautiful women in the world. Aishwarya Rai stands at a height of 5 feet 7 inches.

Kareena Kapoor is a member of the Kapoor family and the wife of Saif Ali Khan. She stands at 5 feet 5 inches.

Alia Bhatt is the shortest actress in the industry, standing at only 5 feet 3 inches. However, given her tiny stature and large fan base, she is competing with all of the actresses in the industry. 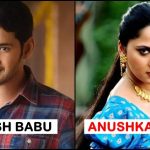 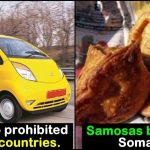