COVID-19 is an infectious disease which is caused by a newly discovered coronavirus epidemic. The majority of people who contracted the virus infection will tend to go through mild to moderate symptoms and then recover without special treatment.

Today, the deadly outbreak disrupted the lives of people, be it health-wise or economically. The battle is not over yet because people are waiting for a vaccine that could defeat the coronavirus.

The worst-affected country is the US with the highest number of cases followed by India with 25,496,330 cases. Brazil stands third on the list with 15,812,055 cases.

While India is fighting the second wave, some nations have already won the battle against the epidemic while some are on the brink of winning the war.

New Zealand Prime Minister Jacinda Kate Laurell Ardern claimed that country had comprehensively won a massive battle over the spread of the coronavirus epidemic. She gave an official announcement when New Zealand started to exit from its nationwide lockdown.

Jacinda Kate Laurell Ardern who is serving as the 40th Prime Minister of New Zealand since 26 October 2017 confirmed in a statement that there is no longer any undetected community transmission of the coronavirus epidemic.

New Zealand PM received praises from every nook and corner of the world for its instant response to the pandemic. Thus the country became a COVID and mask free nation and that too in a quick span of time. So far, the country reported only 2,658 COVID-19 cases and 26 deaths.

On the other hand, India is fighting a battle by vaccinating people at state run-centres. Meanwhile, Tribal priests in Madhya Pradesh’s Betul district have taken a step forward by going village to village to fight such superstitions about Covid vaccines and inspire tribals to take the vaccine.

Tribals in 30 villages, who were earlier unwilling to take the shot are now ready to take the vaccine, the collector Amanveer Singh told Times Of India.

The collector further added saying that in Betul’s tribal regions, as many as 25 panchayats were not vaccinated, the collector said. This is mainly because of rumours related to Covid vaccines.

However, in a bid to fight this, the administration has reached out to local religious heads, who agreed to spread awareness. “The government is running this vaccination drive for your safety,” Sagan Marskole, the ‘bhumka’ of Junapani village added.

Gondi is spoken by a majority of tribals in Betul. Meanwhile, videos of 14 such tribal religious priests were shared on social media portals including clips of tribals’ first-hand accounts of being vaccinated.

“Around 30 deaths took place in the past two months, four of them due to Covid-19. Only one elderly person, who was vaccinated, died but due to natural causes. Our panchayat was aware of this, and people got themselves vaccinated,” Parvat Rao Dhote of Borgaon told TOI.

Meanwhile, Betul collector Amanveer Singh told TOI that the bhumkas’ word is indeed helping the vaccination drive. “Traditionally, tribals have their own parallel health system and beliefs, and if some information comes from there, it has its effects. We identified local priests, held meetings with them, convinced them, and they are now spreading awareness,” Singh said.

“In the past 10 days, there is a noticeable change in mindset. We did a survey in 47 villages where vaccination percentage was low. People in 30 of these villages are now ready for vaccination and said they would get vaccinated if camps are organised,” he added 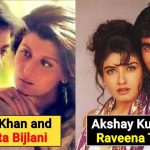 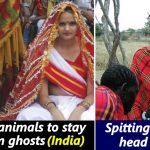