Now talking about Gautam Adani, he is the founder of Adani Ports & SEZ. The Adani Group is an Indian multinational conglomerate and its headquarters is located in Ahmedabad, Gujarat. It was founded by Gautam Adani in the year 1988 as a commodity trading business, with the flagship company Adani Enterprises Limited.

When Gautam Adani was kidnapped for ransom:

In the year 1997, the billionaire Adani was allegedly held for a ransom of $1.5 million. According to the charge sheet filed by police, on January 1, 1998, Adani and Shantilal Patel were kidnapped at gunpoint after they left Karnavati Club in a car.

Reportedly a scooter forced the car to stop, and then a group of men who came in a van kidnapped both of them. They were taken to a strange place in a car before being released, the charge sheet said.

Adani was shy about talking publicly about the shocking incident. When asked to explain the incident by London’s Financial Times, Adani only said, “Two or three” very unfortunate incidents happened in my life, that is one of them’. He was allegedly abducted by underworld don Fazl-Ur-Rehman alias ‘Fazlu Rehman’.

In 2018, the Ahmedabad court cleared 2 main accused namely former gangsters Fazlu Rehman and Bhogilal Darji alias Mama. Rehman, who was facing many other criminal charges, was lodged at Sabarmati Central Jail at that time.

On the other hand, Darji was out on bail. Meanwhile, Kunal N Shah, the lawyer of the two accused, said that the Judge absolved clients as the prosecution didn’t establish the kidnapping and their roles in it.

Rehman was arrested from the Indo-Nepal border in 2006 as per the reports and Darji was arrested and deported from Dubai in 2012. 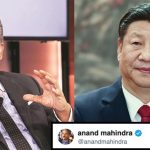 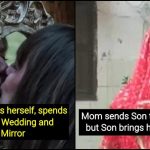