Salman Khan is one of the richest actors in India. He primarily acts in Bollywood movies. He has worked extremely hard so far in 30 years of his cinematic career. The Bhai of Bollywood has received a plethora of awards, including two National Film Awards as a film producer, and two Filmfare Awards for acting.

Besides being an actor, he is also a producer, singer, and television host. His acting, his confidence, his personality has made him into the top-paid 100 celebrity entertainers in the world. Salman Khan was also enlisted as the highest-ranked Indian with a net worth of $37.7 million.

Not only his acting, but his charity has also made a star in the eyes of his audience. He is often in the spotlight for his generous heart and expensive gifts to his co-actors and friends.

In this article, we will take a look at the interesting facts about Salman Khan.

1. For the unversed, Salman Khan, the Bhai of Bollywood wanted to be a writer.

2. The 55-year-old loves handmade and natural soaps and has decorated his bathroom and collection cabin with them.

3. He absolutely loves to eat Chinese food. His favourite restaurant for Chinese food is China Garden in Mumbai.

5. Not many know that the Indore-born actor was actually jobless for 6 months after the release of the movie “Maine Pyaar Kiya”. Today, he is one of the massive stars in the Bollywood industry.

6. Salman is an excellent swimmer since childhood and could have been a professional swimmer if he had took that as a career option

7. Salman Khan, our industry’s very own Dabangg, enjoys painting while he is not working on a project. Salman has also been seen exhibiting his artwork and often gifting them to his friends and family. Besides that, his other hobbies include photography, swimming, singing and writing scripts.

8. A wax Statue of Salman Khan was put in the London’s Madame Tussauds Museum. 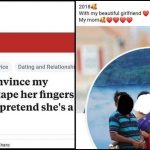 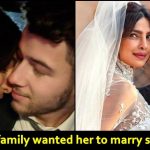