Akansha Puri, who played Parvati in the television series Vighnaharta Ganesh, started her career as an air hostess for Vijay Mallya’s Kingfisher Airlines. She then tried her hand at modelling and appeared in Madhur Bhandarkar’s film Calendar Girl. She was a model and an actress who had a great career in both fields.

Hina Khan, best known for her role as Akshara in Yeh Rishta Kya Kehlata Hai, is one of the highest-paid actresses in the television industry. She has made an appearance on Bigg Boss. Hina began her career as an air hostess, but due to Malaria, she was unable to complete her training. It was then that she started her acting career.

Nandini Singh, an established actor from Kesar and Kkavyanjali, was also a flight attendant. She quit her work as an air hostess to pursue her dream of being an actress. Nandini also appeared in the film Ek Aur Ek Eleven with Govinda, but she has since left the acting world.

Sudeep has appeared in many serials and music videos over the last 15 years, and was once a cabin crew member. Sahir worked in airlines before moving to Mumbai, and he hoped to settle in London by working for a foreign airline. But his life took him to Mumbai, where he began his acting career and appeared in serials such as Pyaar, Ayushman, and others.

Gunjan started her career as an air hostess and has appeared in serials such as Naagin. Gunjan is from Phagwara, Punjab and had always wanted to be an actress, and her airline work finally took her to Mumbai. Ekta Kapoor’s team gave her a chance to pursue her dream when she was 18 years old.

Dipika Kakar, best known for her role in the television series Sasural Simar Ka and as the winner of the reality show Bigg Boss, used to be an air hostess. But, swayed by her deep desire to act, she began auditioning and eventually landed roles in the serials Devi and Sasural Simar Ka.

Mallika is well-known for her daring performances in films such as Murder and Khwahish. Mallika has a well-established career and is one of Bollywood’s most successful actresses. She has also served as an air hostess in the past. 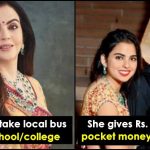 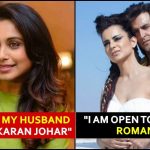