Students study extremely hard to get good results. Among them, not all get top marks. The ones that understand the concepts very clearly and manifests on the answer papers are bound to come through with flying colours.

In this article, we will see how top Bollywood actors performed in the 12th board exams.

Kriti Sanon was a bright student in her school and college days. The Raabta actress holds a degree in Electronics and Communication Engineering from the Jaypee Institute of Information Technology in Noida. She preferred to be on the screen as it makes her feel more comfortable. She secured 90% in the 12th board exams.

He earned several honours to his name including 14 Filmfare Awards. He studied at St. Columbus school in Delhi. He did his Bachelor’s degree in economics from popular Hansraj College. The actor secured 80.5% in his 12th boards.

Kangana Ranaut hails from Himachal Pradesh. From a girl who wanted to be a doctor to becoming an actress, her journey has been well and truly remarkable. She gave her first movie hit with “Gangster” and now, the actress directs her movies herself.

Sadly, she failed in Chemistry in 12th and after which she quit academics and tried her luck in the film industry. Today, the bold-spirited lady is among the highest-paid actresses in the industry.

Since his debut in the Bollywood film industry, Shahid Kapoor has carved out a reputation for himself as a terrific performer and a remarkable dancer. But beyond his killer looks and amazing physique, Shahid has always grabbed attention for his acting skills. In his early days, he studied at Gyan Bharti School of Delhi then later moved to Rajhans School of Mumbai.

Deepika has been ruling Bollywood for so many years now. It is no surprise that fans go gaga over her flashy dimples and beautiful smile. The ‘Padmavati’ actress’ acting has been praised by so many critics. As far as her academics is concerned, she once said she completed 12th class but never went to college because she tasted success in the film industry at a very young age.

The Indian actress and singer works predominantly in Hindi-language films. She has featured in listings of the most popular and the highest-paid actresses in India. She is also one of the most followed Indian actresses on Instagram. She was a brilliant student in her school days where she secured 95% in her 12th exam. 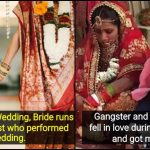 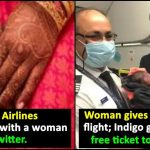