Over the years, female celebrities received beautiful proposals and they were so sweet. While some celebrities simply ignore it, others like R Madhavan wins hearts with his heart-touching reply to a fan’s proposal.

R. Madhavan was a trainer in public speaking and personality development before acting in Bollywood as well as the South film industry. Madhavan is a graduate in electronics engineering from Rajaram College in Kolhapur.

When actor Madhavan uploaded one of his pictures on social media, an 18-year-old fan Maddy asked, “Is it wrong that I am 18 and wanna get married to you.” The tweet aught the attention of Madhavan who responded to the post by saying: “Ha ha God bless you, you will find someone way more worthier.”

Madhavan’s son Vedant hogged the limelight when he won a silver medal for India at the Asian Age Group Swimming Championship 2019 in Bengaluru. Bollywood actor and proud father R Madhavan was blissfully pleased as punch after knowing that his son had made the country proud. 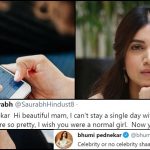 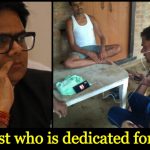