As SARS CoV-2 variants continue to wreak havoc not just in India but across the globe, India being a poor and densely populated country with poor infrastructure, pays a heavy toll. It illustrates the health sector has been overlooked by all goverments for last 74 years. Several Indians got infected and were forced to cough up money in the name of treatment in private hospitals.

Many media houses and journalists gleefully took the pandemic as an opportunity to gain maximum TRP for their respective channels. An Australian news outlet recently slammed Indian journalists for acting like “vultures” during the pandemic. If you are angry, hang on! there is one journalist in the country who is doing an extraordinary job for us.

Senior consulting editor of Doordarshan, Ashok Shrivastav, is out of his league and getting all the praise on social media after launching an outstanding campaign called “Namaste Doctor”. He has helped around 800 families recover from the deadly disease thus far during this pandemic.

“By the grace of God, we took a decisive step when the second wave of Covid-19 began to soar. We put aside the political debates on the channel and truly decided to dedicate the time and energy to fight the pandemic,” said Shrivastava in an online interview

“Meanwhile both of my parents fell ill with my father being the first victim to the infection. I took him to a nearby nursing home but the physician refused to treat him without a Covid-19 test. The test was done subsequently and my father tested positive. The physician was unfortunately not being very helpful. I sensed that a requisite consultation of doctors was gravely needed in this pandemic and a proper prescription could save patients their lives,” he added.

Who is Ashok Shrivastav? Read Here..

“As good luck would have it, I received a phone call from my friend Deepak Kevadia who runs NRI Federation- an NGO based in the USA. Deepak has good contacts with the Indian doctors who have a very high reputation in America as the locals trust them with everything. We craved to do something for patients struggling for life and thus chalked out a plan for a free a medical consultation on zoom.” The idea not only enabled Indian Covid patients to get a world class medical advice for free of cost but also ensured that patients stay off already crowded hospitals.

“Once a very young man messaged me on twitter and said that he’d tested positive and would die if not helped. I helped him get the best medical advice possible. He got better in two days and bombarded me with thanks for saving him. I told him I did not save, only God did,” he further added

People of mostly urban areas who have access to twitter and zoom are getting the medical help. Now however efforts are being made to reach out to the inhabitants of the rural areas. A team launched by Ashok Shrivastava is constantly working so that the rural parts of the country do not remain deprived of a facility meant for every individual.

Even after the pandemic is over, we will continue to render services to the needy. We will occasionally bring on one platform cancer specialists or pediatricians living and serving in the other parts of the world to help local Indians. We believe this will bring about a revolution in the country. We are determined to help those who can’t afford quality medical treatment, with absolutely no charge.

The Council for Media and Public Policy Research, CMPPR, has been playing a major role in providing free consultations of American doctors to the public on Corona every day with the help of the NRI Federation of American Indian Diaspora.

“We are reaching people through social media and whoever sends their contact to us, we help them,” says Ritu Gupta Parashar, director at CMPPR. 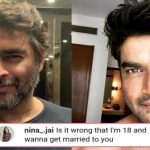 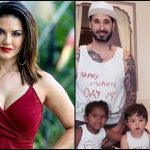