The 33-year-old actress completed her schooling at Mata Jai Kaur Public School, situated at Ashok Vihar, New Delhi. She performed very well in academics where she did her Bachelors in Computer Science Engineering at ‘Guru Tegh Bahadur Institute of Technology, New Delhi. She also appeared for CAT and scored 88%.

Before making her mark in the Indian film industry, she plied her trade as a software engineer. She started modelling and was selected in a talent show ‘Getting Gorgeous’, organized by Channel V.

He kick-started his career with the Television show Kis Desh Mein Hai Mera Dil and rose to fame with Pavitra Rishta. With the Zee Tv show, the star actor ruled the hearts of the people for many years. His rise to fame is obvious with the kind of blockbuster movies he delivered. 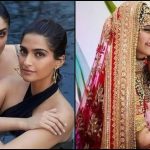 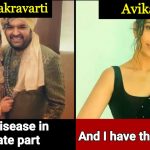