An infamous terrorist organization by the name of “Hamas” has been controlling the Gaza Strip since 2007 where it has been frequently launching an attack on Israel. In fact, the organization has several foreign allies but the question arises as to how the terror group get so much money and supplies to launch countless attacks?

Hamas is referred to as a Palestinian Sunni-Islamic fundamentalist but pragmatic, militant, and nationalist organization. For the wondering, the organization has a social service wing, Dawah, and a military wing, the Izz ad-Din al-Qassam Brigades.

German media outlets have referred to Hamas as a violent terrorist organization. Meanwhile, a majority of Western governments, including the likes of the European Union and the United States termed it as a terror organization.

It is to be noted that both Norway and Switzerland are notable exceptions. Both the nations follow a strictly neutral position and maintain a diplomatic relationship with the dangerous terrorist organization that has governed the Gaza Strip since 2007.

In 1993, Yasser Arafat made peace with Israel amid the Oslo Accords, ending the first intifada, which started in 1987. Hamas rejected the peace initiated its terror attacks against Israel.

Hamas continued its war against Israel from within the Gaza Strip, asserting it is acting in “self-defence.” They involved in heavy fighting versus Israel’s armed forces in 2008/09, 2012 and 2014.

Current scenario in the Gaza Strip

Gaza Strip is one of the most densely populated territories in the globe. But large parts of the population in Gaza live in terrible poverty and rely on humanitarian support from abroad. Every now and then Hamas fires rockets at Israel from within residential areas and runs command posts in apartment blocks.

In case you didn’t know, the heinous practice uses civilians as human shields. Hamas has been secretly digging underground tunnels in order to smuggle arms into the enclave, chiefly from Egypt. The Egyptian government, however, has been trying to put an end to this activity.

Who is the financial backer?

It should be noted that Qatar is Hamas’ most important financial backer and foreign ally. Qatari Emir Sheik Hamad bin Khalifa al-Thani was the first state leader to visit the Hamas government in the year 2012. So far, the emirate sent €1.5 billion ($1.8 billion) to Hamas.

Hamas is also backed by Turkey. In talks just before Hamas launching rocket attacks against Israel, the Turkish President by the name of Recep Tayyip Erdogan disclosed political backing for its leader Ismail Haniyeh.

The organization is also backed by a range of non-state initiatives and foundations, some of which are based in Germany. As per the German weekly Der Spiegel, donations to Hamas from Germany-based groups are increasing.

Hamas launched as many as 130 rockets in just a matter of minutes in a bid to overcome Israel’s Iron Dome air defence system. The Iron Dome’s interceptor missiles are far more agile, advanced but also costlier than Hamas rockets.

On the 14th of May, the Israeli army reported that more than 1,800 rockets were launched from the Palestinian coastal enclave. For several years, Hamas depended on Iran-supplied rockets. 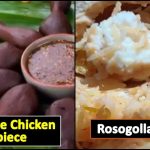 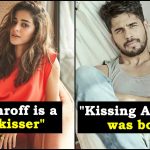