The whole world is in a state of shock after the novel coronavirus pandemic impacted millions of people’s lives. As the whole world collapsed, the economy and all the major events happening across the globe went rubbles.

The world has seen the biggest humanitarian crisis during its fight with the novel coronavirus. COVID-19 is an infectious disease which is caused by a newly discovered coronavirus epidemic.

The majority of people who contracted the virus infection will tend to go through mild to moderate symptoms and then recover without special treatment. Today, the deadly outbreak disrupted the lives of people, be it health-wise or economically.

While the administrations have sweat and slaved in the time of emergency, the country has witnessed a huge number of deaths, thousands of businesses shut down, jobs lost, global food crisis, and so on.

The most-admired actor, Sonu Sood expressed his interest to help the students from the backward sections of the society dream to become IAS officers. Yes, Sonu Sood wants to help underprivileged students by offering them scholarships. The actor will help them with the right study material and resources but also assist them financially.

On the contrary, the Indian actor has also been targeted by many and recently a troll on Twitter had claimed that Sonu is a fraud and is using this crisis to make money. Shockingly, a Bollywood actress Kangana Ranaut liked the tweet.

The Twitter user had shared the posters and said, “Such a fraud using a crisis to make money Oxygen concentrator Rs. 2 lakh.” Around 3,000 people, including Kangana Ranaut, liked the tweet. 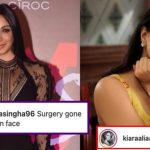 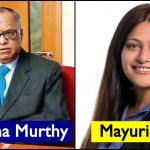