Plastic surgery is one of the most surgical operations done in today’s world. Before we get into this topic, let’s learn what is plastic surgery in general. It is nothing but a surgical speciality having the restoration or alteration of the body. There have been several celebrities across the world who have changed dramatically after plastic surgery.

Majority of the people have gone through cosmetic surgery only to change their appearance. King of pop and famous star Michael Jackson changed drastically after plastic surgery.

Surgery was not a new subject to ancient people. Plastic Surgery was majorly invented in India. Sushruta, an ancient surgeon made a huge contribution to medical science in the field of plastic and cataract surgery back in the 6th century.

Indian scientist Sushruta Samhita performed the first surgery. At that time, they used flints (dazzling grey or black stone resembles glass) as surgical instruments and the teeth of fish and sharp thorns were other important instruments required to perform a surgery.

Even the plastic surgery was carried out by Indians, as early as 2000 BCE. The surgeon Sushruta Samhita played a major role in contributing to this technique. And today, modern surgery is only possible owing to the discovery of anaesthesia and prevention of body infection.

Bollywood celebrities love to alter their appearances to look fabulous on screen. They are quite bold and not afraid to go under the knife. Some of these surgeries even cost a fortune but our famous superstars do not want to lag in the limelight.

Case in point, Kiara Advani is one of the most glamorous actresses of Bollywood at present. Her performance in Kabir Singh has been appreciated a lot. Every producer and director wants to cast her in their movies.

Kiara recently appeared for the launch of MXS, a brand owned by Monisha Jaisingh and Shweta Bachchan Nanda. Her photos went viral on the internet. Meanwhile, some of the netizens trolled the actress by saying ‘cheek job is not on point’ while others added that she was looking ‘awful’ and ‘terrible’.

In reply to all the online speculations, Kiara came up with a befitting reply. She said that the reason for the conjectured cheeks is the tasty biriyani that she had the night before.

“Wow just reading these comments!! Calm down peeps don’t jump to conclusions. You might not fancy the cheeks but it was no doctor just some yummy biryani from the night before,” she said. 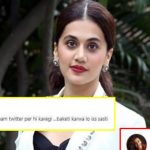 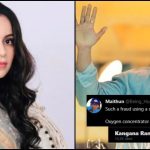