In today’s world, we might believe that ‘dowry’ days have gone but it still exists. Now, in another shocking incident, a man from UP allegedly put up his wife’s picture and number online asking men to pay for ‘Sex’.

The wrongdoer had allegedly started harassing and hitting his wife for the bike. After being fed up of severe torture, his wife decided to go back to her parents’ house. This upset Puneet who then posted his wife’s image on social media along with her phone number. He then went on to ask strangers to pay money to talk to her.

He also suggested they ask her for sex. As his wife started getting strange calls, she had lodged a complaint with the Cyber Cell. She also named her husband as the accused. “We arrested Puneet on Monday and he has been sent to jail.

This is an unusual case of crime against women and we will ensure strict punishment for the accused,” Sanjay Singh, PRO in the SP office was quoted saying. The accused has been arrested and a case has been registered.

A 26-year-old woman in Uttar Pradesh’s Muzaffarnagar town was gang-raped by her husband and brother-in-law over ‘dowry’. The shocking incident took place on March 6 but came to light on March 14, 2019, as reported by The Times Of India.

As per the report, the incident happened on the wedding night and in a bizarre turn of events, the father-in-law and mother-in-law of the victim locked the door from the outside. The poor woman kept bleeding the whole night and was taken to the hospital only the next day. She is recovering now after the surgery.

Based on a complaint by the bride’s family, the police filed a case against the accused family under sections 376-D (gang-rape), 506 (punishment for criminal intimidation), 504 (intentional insult with intent to provoke breach of the peace) of Indian Penal Code and under Dowry Act.

The brother of the victim said, “The accused and his relative got drunk on the night of the wedding and raped her. His family is greedy and they were demanding dowry. I have spent Rs 7 lakh on my sister’s wedding.” 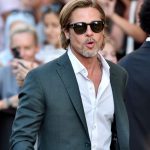 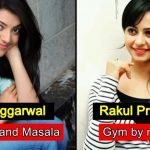