Several versatile actors have described perfection and elegance in the Bollywood industry. While we see the benefit of such flexibility on one side, we also see celebrities who have no variation in their characters on the other. Today, we present to you a list of actors who have played the same types of roles over and over again on screen.

In his films, Ranbir Kapoor has essentially played the same type of character. From Sawariya to Yeh Jawani He Deewani, he has portrayed an outspoken cute looking young-star who lives his life on his own conditions and romaces his heroine.

In most of her films, Kiron Kher has played the role of a traditional Punjabi mother. It has earned her the title of Bollywood’s “mom.”

Nushrat has played the same types of characters in nearly all of her films. Either she is a typical cringe girlfriend or a psychopath fiancé.

From Pyaar ka Punchnama 2 to Love Aaj Kal, Kartik has portrayed a meesed up young man who is too emotional to handle his problems and change his life.

In all of her films, whether it’s Lukka Chuppi, Heropanti, or Dilwale, Kriti Sanon has played the same types of roles.

Jacqueline Fernandez has been portraying the same girly avatar for a long time. She is an amazing dancer and impressed us all by her bold debut in Murder 2. She has yet to find a film that allows her to express herself.

Despite the fact that Riteish Deshmukh has appeared in a number of films, the majority of his performances have been comedic, witty, and sarcastic.

Varun Dhawan has also depicted almost identical characters in his films. In several of his films, he has portrayed a witty and hyperactive young man.

Rajpal Yadav has always played the part of a hilarious comedian in most of his films, which has limited his character flexibility.

The comic roles performed by Paresh Rawal have featured similar textures. He’s only ever played a character that is loud, bumpy, and annoyed. 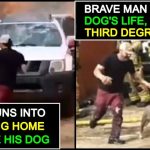 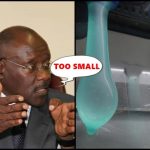