Passion, smart work and hard work can surely take you places. Today, we will learn about the story of three ragpickers who changed their fate and went on to become successful in life.

Rajesh Kalia’s inspiring journey from being a ragpicker to being actively involved in politics speaks huge volumes.

As per Tribune report, Kalia joined the Rashtriya Swayamsevak Sangh (RSS) in the year 1984. After this, the BJP gave him a chance to contest as a councillor in the MC elections in 2011 from Dadu Majra.

In the 2016 MC elections, Kalia was nominated as the councillor from Ward No. 7.

And now, he is the new Mayor of Chandigarh Municipal Corporation after he got the better of the party’s rebel candidate Satish Kainth.

Now, we will learn about the story of two more ragpickers who braved all the challenges and went on to become successful in life.

One became a successful dancer and the other became an international photographer.

Talking about Anand Dhanakoti’s life, it is an incredible story of rags to riches. Hailing from Bengaluru, the boy from the slums of Ragigudda was a ragpicker. However, his life took a U-turn after 14 years of intense study in classical ballet and jazz as it gave him a ticket to go abroad.

Having bagged a scholarship at the Contemporary School of Dance, Hamburg, Germany, he is looking forward to completing his three-year degree programme through a crowdfunding effort by means of fueladream.com.

About 50 people have contributed a sum of Rs 4.8 lakh out of the Rs 9.5 lakh he needs to cover his overall tuition fee, project fee, flight tickets, accommodation and food expenses.

Photographer Vicky Roy’s tale is one that needs to be told to inspire the youths of the nation. From a ragpicker to an internationally acclaimed photographer, he is indeed an inspiration.

No matter how hard life throws challenges at you, follow passion just like Vicky Roy. His continued pursuit of following his passion for photography with the help of a British photographer. This was the turning point of his life as an important discussion with a foreigner helped him realise his dreams.

Life was not really that easy for him. He had to run away from his home at 11 years and arrived in Delhi in hopes of a bright life. ‘But when I came here, I had to rag picking, sell water in trains and sleep in open grounds — so that I wouldn’t starve to death,’ he was quoted as saying by the Humans of Bombay post. 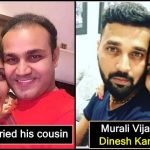 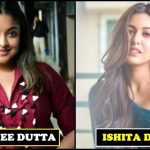