Cricketers are also highly active in personal life despite being busy with national commitments. The lives of cricket players are all that fans of the game enjoy following. Anything that happens in their lives, whether on or off the field, is a hot subject of conversation for fans if and when it becomes public. So, here are 5 cricketers who married the wife of a relative or a friend.

Many people are unaware that Virender Sehwag, one of the most smashing openers in Indian cricket history, married a relative. His wife, Aarti Ahlawat, was related to him. The two liked each other over time, and the pair married in 2004 after being together for three years. Since then, they have been together and often post their life events on social media.

Murali Vijay’s relationship with his wife has been on the radar for a very long time. As many may remember, Nikita, the woman he is currently married to and has children with, was the wife of Vijay’s national teammate, Dinesh Karthik.

Karthik parted ways with Nikita during the Indian Premier League 2012 when she went on to marry Vijay, and he found himself on this list of cricketers who married their relative or friend’s wife.

The storey of Upul Tharanga, his wife Nilanka Vithanage, and her relationship with Tillakaratne Dilshan is as compelling as the case of Murali Vijay and Dinesh Karthik.

When word got out about Nilanka’s friendship with Tharanga, she and Dilshan agreed to split up. And, after parting ways with Dilshan, she later married Tharanga.

Saeed Anwar, one of Pakistan’s most famous cricketers at the time, married his cousin Lubna Anwar. They married in 1996 and were living happily ever after but t heir baby, Bismah, died in 2001 after a long battle with a cancer, but they worked through it with courage and determination.

Shahid Afridi, the most iconic and most pursued cricket player to ever come out of Pakistan, married his cousin, with whom he seemingly has no close or blood connection. Nadia Afridi, his wife, married Shahid after their families assisted them in getting together and marrying. 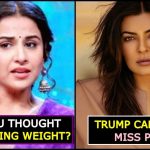 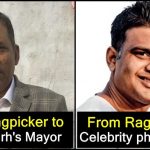