Dolphins are the most beautiful and intelligent creatures. India has also officially recognized dolphins as non-human persons. Dolphins have the right to live and enjoy freedom like humans. Dolphin parks that were being constructed across the nation will instead be shut down.

Dolphins are deemed as non-human persons in India. We all know that dolphins are cognitively-strong and quite interactive with humans as compared to other animals. This is exactly the main reason why the Government of India officially declared that they should be treated just like humans.

Holding dolphins captive is illegal in India. In a statement, the government added that research had established cetaceans are “highly intelligent and sensitive”. Taking all these factors into account, the government said dolphins “should be seen as ‘non-human persons’ and they should have their own specific rights.”

“This opens up a whole new discourse of ethics in the animal protection movement in India,” said Puja Mitra from the Federation of Indian Animal Protection Organizations (FIAPO). She is a leading voice in the Indian movement to end dolphin captivity.”The scientific evidence we provided during the campaign talked about cetacean intelligence and introduced the concept of non-human persons,” she added in an interview with DW.

After Costa Rica, Hungary, and Chile, India is the fourth nation in the world to ‘ban the capture and import of cetaceans for the purpose of commercial entertainment’.

These creatures can recognize their own reflection, use tools and perceive the abstract concepts. They develop “unique signature whistles” letting friends and family members to recognize them, in the same way human beings use names.

“They share intimate, close bonds with their family groups. They have their own culture, their own hunting practices – even variations in the way they communicate,” said FIAPO’s Puja Mitra.

“The majority of dolphins and whales in captivity have been sourced through wild captures in Japan, in Taiji, in the Caribbean, in the Solomon Islands and parts of Russia. These captures are very violent,” Mitra explained.

“They drive groups of dolphins into shallow bay areas where young females whose bodies are unmarked and are thought to be suitable for display are removed. The rest are often slaughtered,” she added. 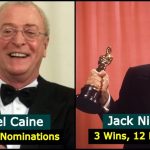 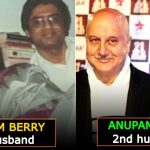